Penned from a Black Woman to Black Women: FUCK THEIR LEGACY

The splitting of the mind.

It started at 5 when I was accused of witchcraft for teaching myself how to read and write when my caretakers refused to enroll me in public school.

The weight of my pen gained 5 pounds.

It started at 9 when I was told I was to blame for tearing the family apart when I expressed my truth in my own journal.

The weight of my pen gained 9 pounds.

It started at 10 when I was accused of being a homewrecker for writing my truth of abuse in my own journal.

A red music notebook Young Fola toted with her. Kept close to her chest. Everywhere she went meant for no one's eyes but her own.

The weight of my pen gained 10 more pounds.

When my writings in a letter to join a sisterhood denoting pride in my full Nigerian name, culture and influence against all odds was ridiculed.

Only for it to be celebrated over a decade later.

Because Muva Beyonce said so.

The weight of my pen gained 19 pounds.

When I felt pressured to pen a speech and speak at the funeral of a Nice Guy who molested me.

The weight of my pen gained 27 more pounds.

It rolled on at 33 when my own blood criticized my lens of my positive story of triumph in traveling in spite of so much, only sharing the tip of my Iceberg narrative, because I supposedly perpetuated innocence on Travel Noire that didn't exist.

Taken as negative due to their rightful bitterness.

"Your parents weren't perfect. They were 'criminals'. Why don't you write the whole story?"

The weight of my pen gained 33 pounds.

Reflecting on the same medium that gave me liberation being used again to maim me when I found notes of blackmail and cryptic placement of my own things in the apartment I resided in after summer vacation.

My pen weaponized against me to protect illusions that don't matter in the long run. The perpetrators helping me figure out "who dunnit" as a loose life analogy to when the person who stole your things helps you look for them.

The weight of my pen gained 34 pounds.

The foundation of the Maslow's Hierarchy of Needs.

Wondering where in this World can I feel safe?

The resolve I received later in life in Audre Lorde's revelation that our silence will not protect us.

My moves seen as bravery stemming from the harsh realization that I have been violated at "home" and "abroad".

So I gain the might in my "minuswhale" in moving how I want while I can because there is no such thing as a permanent safe space for BW in this lifetime. 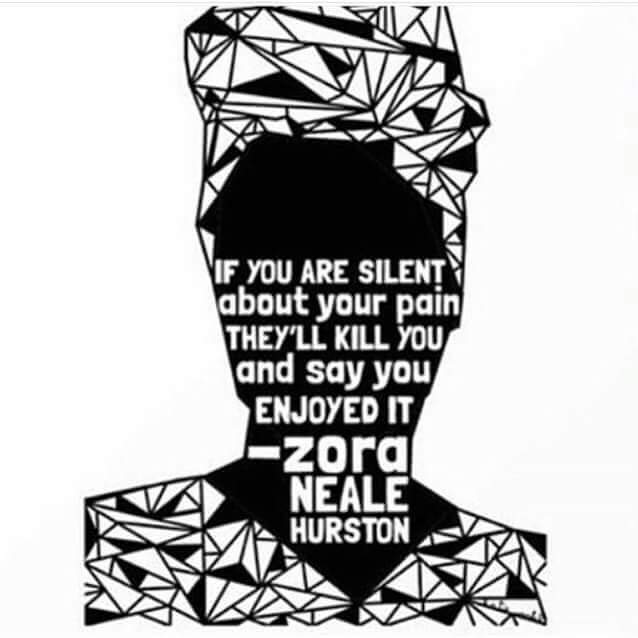 This is not being shared to feign myself in the image of a victim.

Sharing the dark while living my imperfect truth is my personal power flex.

My past is not a residence.

It's a reflective reference point of resolve.

Why is the Vengeance not mine but the Lord's when I am the one who suffered through it?

I want retribution and I WANT IT NOW.

Penned from a Black Woman to Black Women.

Under a Pisces Full Moon.

Black women who have played martyr and suffered in silence.

To save family names.

Read the following aloud and say it with your chest:

Point at the perpetrator with two fingers and recite The Color Purple Celie Curse out loud if you dare. 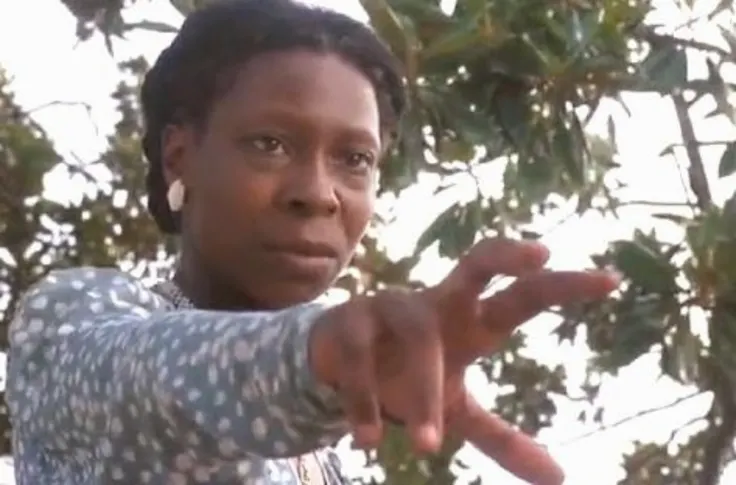 If you don't, I understand.

We toggle between wanting to let it all go while leaving the past in the past and live in the forest as a fairy who packs light...

And going scorched earth and flipping every space and place that had a hand in our experiences of muted malice.

Choosing to speak and write in the light.

Pardon my Pen's inconsistency while repeatedly pushing up after a reoccurring rolling snowball of setbacks.

When the privacy of my private writings' rug pulled from under it SO many times.

Hiding my pen only for it to be exposed AGAIN AND AGAIN.

Why not shed all the weight of my pen?

My rage has a place and proper channel in this world.

Like David penning his frustrations in The Book of Psalms.

While I embrace all of my Divine Feminine and Divine Masculine energy.

My rage has a place just like my peace.

My rage has a place.

David's cognitive dissonance of loving God while wanting to FUCK his enemies LEGACY to smithereens.

Maybe my truth will bypass The Algorithm, the Data Mine and the SEO.

Since the moment I exited my mother's womb, my Gift was and continues to be attacked.

A black woman's double heartbreak of when your overseers, slave drivers and abusers are not just melanin deprived, but are also of the same home, same hue, same tribe, same gender, same language and/or same dialect?

The splitting of the mind.

In having loyalty to a belief system.

Elevation of one's features and skin.

While suffering at the hands of those who believe the same.

Who culture the same.

Who look the same.

Who carry the same.

Is my mind unwell or is society's?

Unwell cultures, superstitions and traditions that constantly fumble the ball of young extraordinarily gifted children of a darker hue forced to make colors and shine out of a hard life of melancholy shades of grey.

I no longer ascribe to the "history" written by the pen of the savage victors who are propped up on pedestals of Family & Heroism throughout the Upside Down of Gaslit Academia & Family Tales.

I would rather align with the silenced.

The oppressed who keep growing through the concrete cracks toward the Sun.

I refuse to keep your Peace in silence at the expense of mine.

With a bloody lip, crooked smile and drooping eyes, I pick up the pen as a sWordsmith again.

Today I have a Devil May Care attitude.

Such is Life living in emotional freedom.

When you have so much light you push through alot of shadows.

Share your dark truth while standing in the light.

It's freer over here.

It's realer over here.

Kintsugi: The Art and Beauty in The Broken